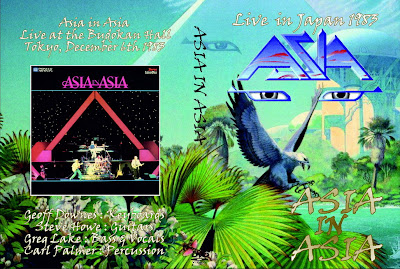 From Wikipedia ;
Ex-King Crimson and ELP front man Greg Lake replaced Wetton for the highly publicised "Asia in Asia" concert at the Nippon Budokan Hall in Tokyo, Japan on 6 December 1983, which was the first concert broadcast over satellite to MTV in the U.S. and later made into a home video. Some of the songs had to be played in a lower key to suit Lake's voice and he read most of the lyrics from a teleprompter. The Japanese dates were successful financially but not musically.
Pubblicato da EDGE a 08:30