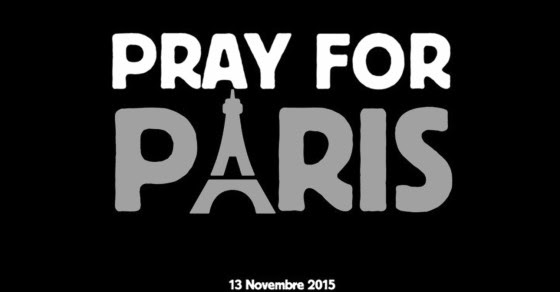 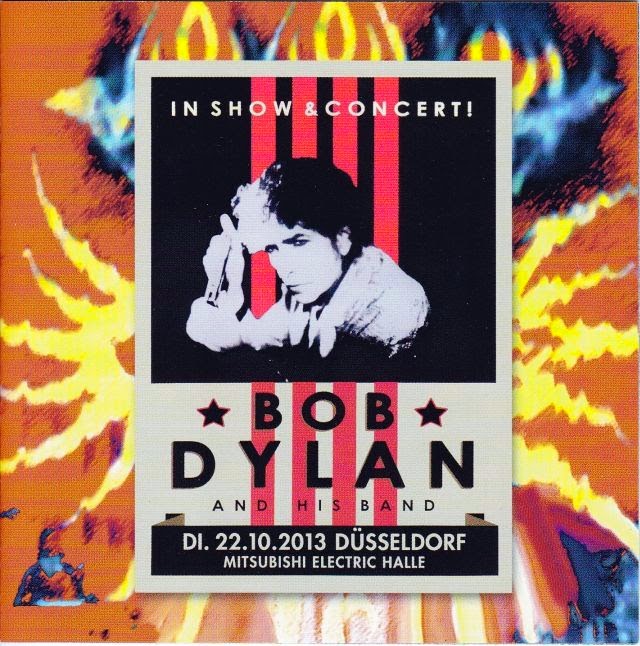 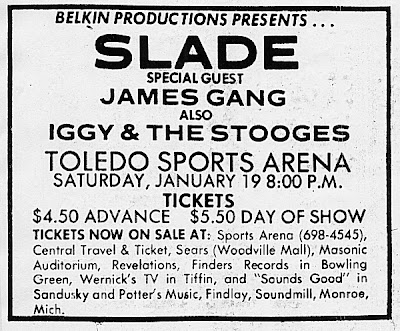 This was recorded on a General Electric cassette recorder on an RCA CV 60 cassette. This torrent was made from that master cassette... or what remains of it. Sometime in the late 1970s, I dubbed the cassette onto a reel to reel and reused the cassette around that time. After a few years of not listening to the reel tape (probably around 1980), due to its poor quality, I cut The Stooges portion from the reel and (probably) used it for other things. The only thing from this recording that survives is most of "Search and Destroy" from the end of the master cassette. Thankfully, this was never recorded over.

For years, I've scoured over all my old reels in search of the rest of the concert. I've even tried misaligning the tape across the head to see if any remnant remains off track (I've discovered this can happen). Sadly, nothing seems to remain. I am positive I still have the cut out tape but it is likely recorded over. If I EVER discover any more of it, I'll certainly get it out there.

This one song recording has circulated since the 1980s from a single trade I made with a friend back then and most copies out there are multi-generation from his source. A few years ago, probably 2008, I made a fresh digital dub from the master cassette. I did post it on The Stooges Forum so, it's already out there. I figured I would propagate it a bit more with a torrent. If you've seen this date on Stooges lists, this is the tape referred to.

I don't remember exactly but, considering the sound of the source tape, I surely did some volume and transient peak adjustments and surely applied some EQ. I don't recall using any noise reduction but it's a good possibility. Likewise, I might have applied some other minimal processing.

Note too, memory has served me that a complaint we had about this show was that Iggy's voice was difficult to hear which is evident in this recording. Even though the quality is so poor, I've so grown to regret not saving the complete recording.

ARTWORK (see further details below):
- contemporary shots inside (showing where I was seated) and outside of the arena (now demolished)
- the master cassette sides A & B
- show poster
- show ad from the Toledo Blade newspapaer
- the reel tape with enhancement to illustrate original setlist from the show

Artwork details about the tape and box:
The cassette condition is as it was since the early 1980s. And, to further details about this concert, I've illustrated the reel to reel box which features a setlist of sorts. Part of the list was written when I dubbed the cassette onto the reel. Because "Rich Bitch" is listed, it was obviously after "Metallic KO" was released. I also recall "Head On" being one of the unknown tracks 5-7. 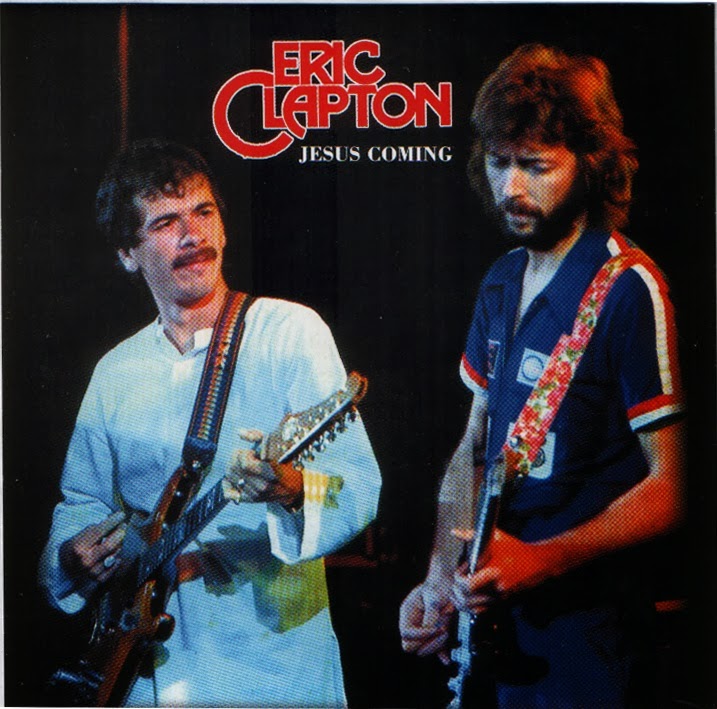 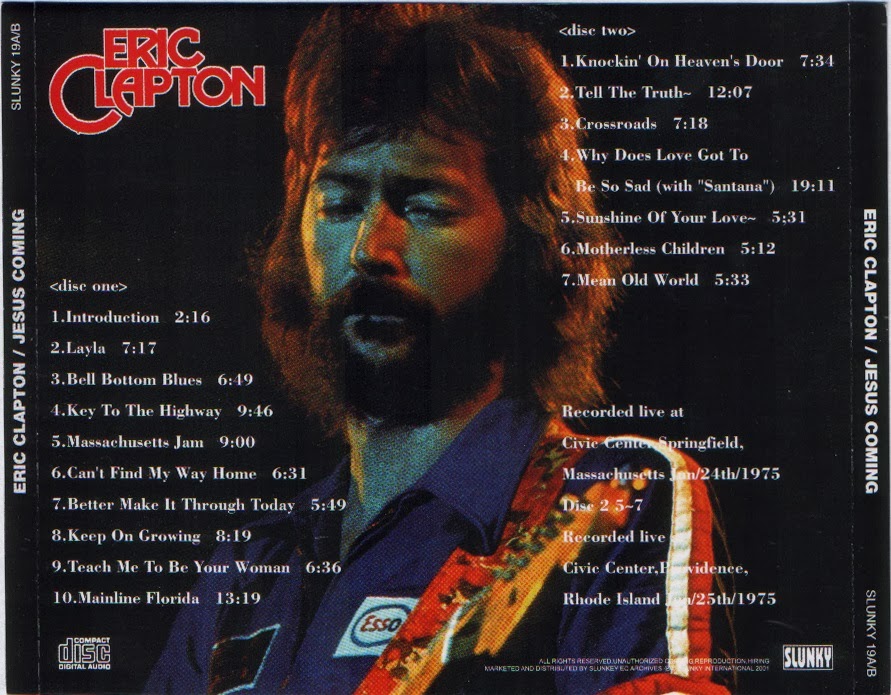 notes
Santana opened for Clapton and plays on the last track of the Springfield date. Some Providence tracks - Layla, Further On Up The Road, Driftin' Blues, Eyesight To The Blind, and Why Does Love Got To Be So Sad? - were released on the Crossroads 2 (Live In The Seventies) commercial release. However, none of those tracks are included here as filler.
Pubblicato da EDGE a 10:30 Nessun commento: 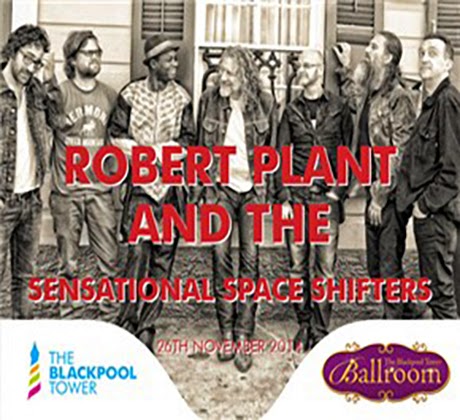 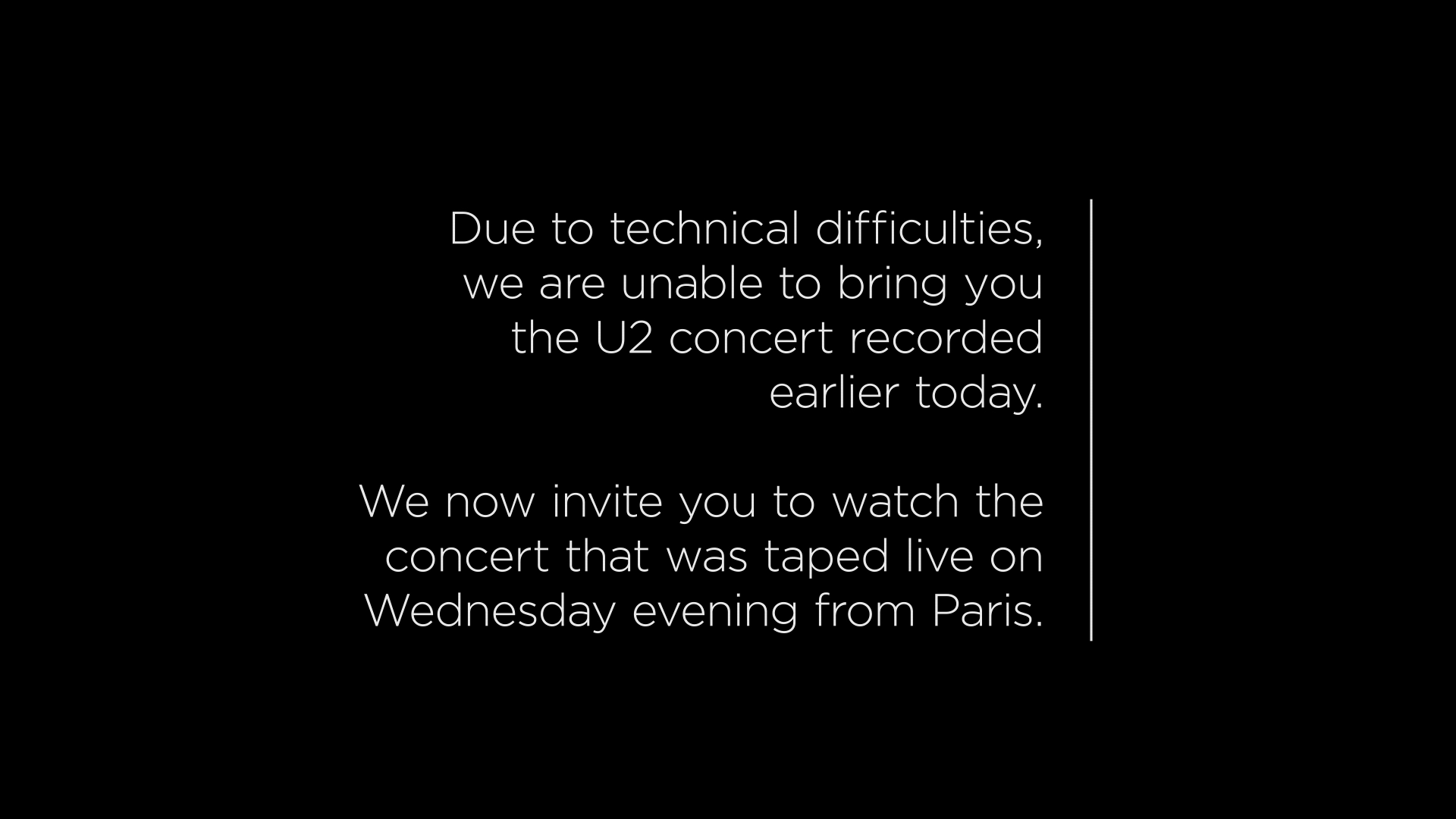 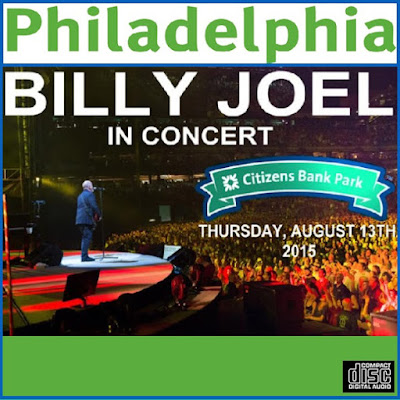 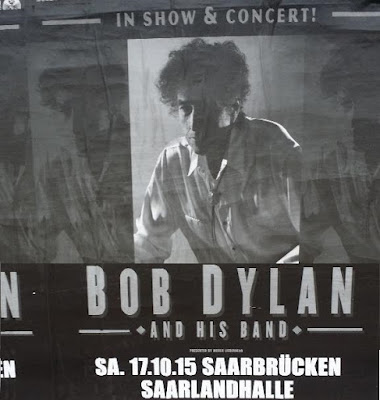 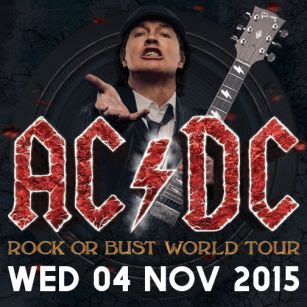 Notes:
Taped from the floor Arena A section, collar mounted mics (under the hooded raincoat!) pointed towards the stage. Rainy and windy night in Sydney, difficult one to tape. Check the sample for quality before download.
Pubblicato da EDGE a 08:32 Nessun commento: 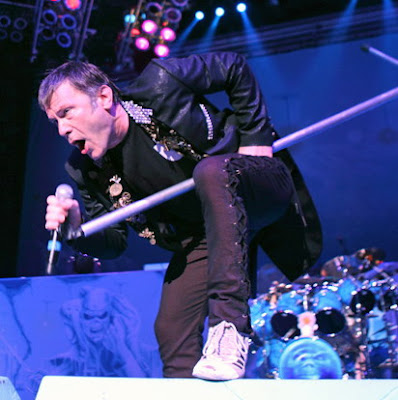 Notes:
Recorded from section 7. Some crowd noise. Seems the sound guy had an off night. Amplifed the sound a bit in Audcity.
Pubblicato da EDGE a 03:00 Nessun commento: 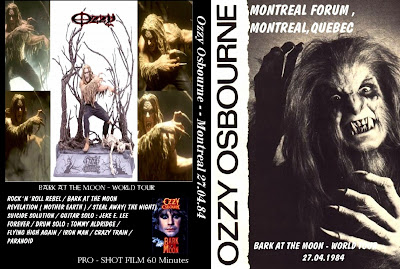 Hi there TUBERS your help needed: one of our friends are searching for this DVD: Ozzy live in Montreal 1984. If there is anyone who have it, please share it. Thanks in advance.
Pubblicato da EDGE a 23:30 3 commenti: 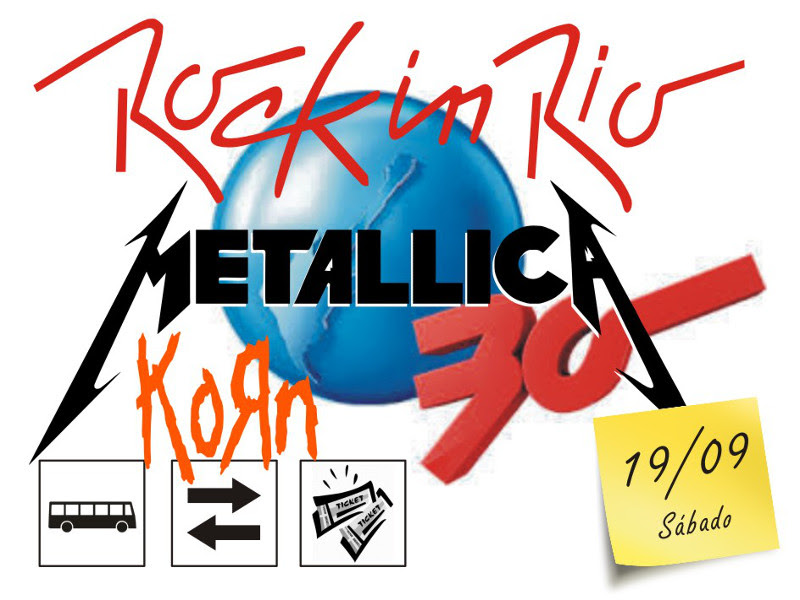