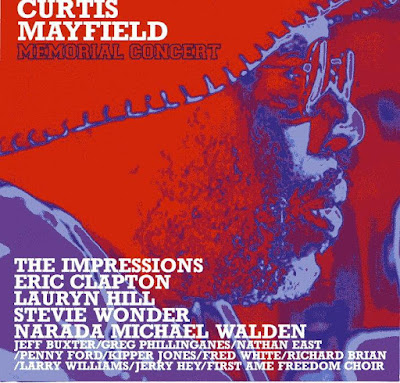 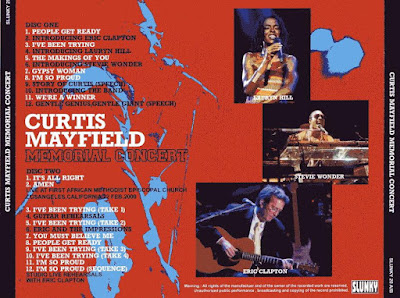 Information from the liner notes:
More than 300 musicians and parishioners gathered Tuesday, February 22, 2000 at the First A.M.E. Church in South Los Angeles (the oldest black congregation in Los Angeles) to pay homage to pop star Curtis Mayfield, who died in December 1999 at age 57. Several Grammy Award-winning musicians came to sing his songs in tribute and recall him as an inspiration. Stevie Wonder sang "Gypsy Woman", an early hit by Mayfield when he was with The Impressions in the 1960s. Eric Clapton sang "I've Been Trying" along with The Impressions, who still perform with a mix of new and original members. Lauryn Hill sang solo "The makings of you". The crowd clapped and swayed to Mayfield's music, performed against the backdrop of a church mural depicting the cultural pride, slave history, and social triumphs of African Americans. Finale was the highlight with "It's All Right", and a rousing 15 minute version of "Amen", with Eric on guitar, Stevie Wonder on keyboards, and Lauryn Hill singing with the Inspirations and the First AME Freedom Choir.