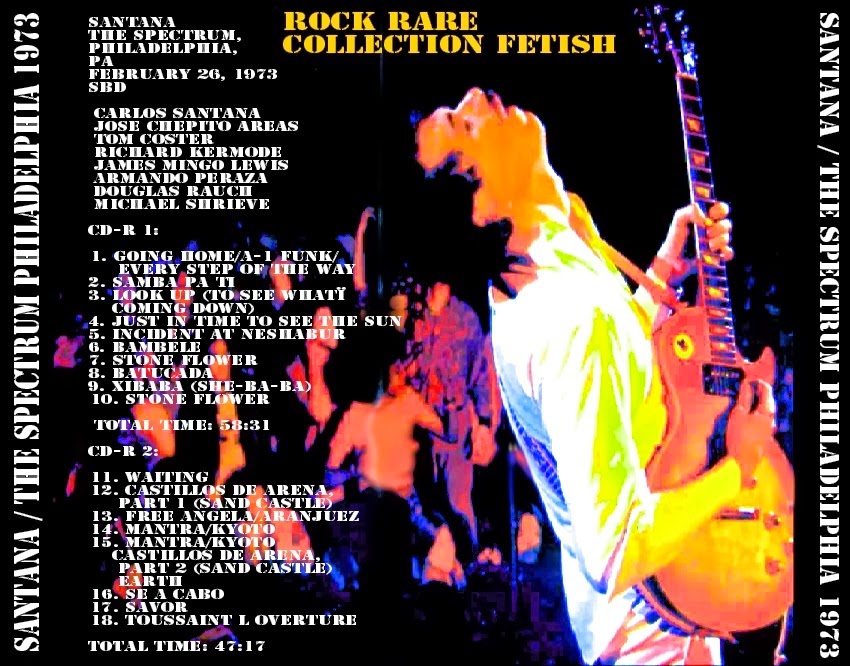 After a few 2013 shows (some more will follow) a 74 one and the AUD recording of the LA show of January 18th 1973, here another vintage one from the start of 1973 San Diego was the first one I uploaded some time ago.This is the show of February 26th and I think it's new here!! Again a Lotus show, so the setlist is almost identical. Superb performance This time there is the infamous drum solo (Kyoto) again.

I again felt the need to run Audition to improve it a bit on the high end. I think the result is good again! A little hiss is to be heard in the silent passages, but the overall
boost in the high end weighs up to that.
Pubblicato da EDGE a 01:00