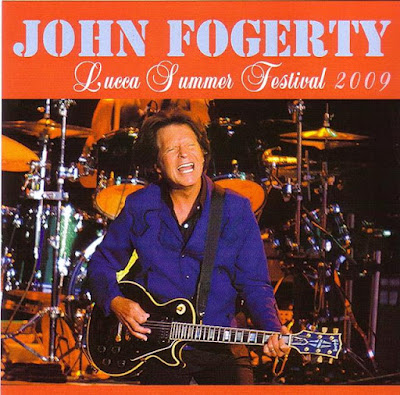 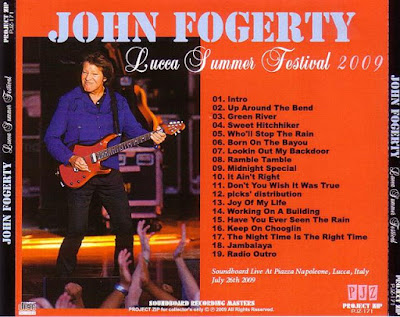 NOTES:
1- RadioUno broadcast only the first 90 mins or so of the concert.

2- as in italian radio customs, the DJ speaks a lot in-between songs. His purpose is to translate in italian what the musicians say, the introductions to every song and bits of the history of the band. Said so, there were long breaks for changing istruments, filled by radio banters. It may get VERY annoying, and trust me it does, thus we might consider this recording only for completists. But the songs, the actual music, are usually not spoken over.

A great rock'n'roll show for guitarholics from Creedence Clearwater Revival main man, with a great band featuring Billy Burnette (guitar), Kenny Aaronoff (drums), Dan Ohalter (violin and mandolin), Mark Nolen (keyboards), Hunter Perry (guitar), Dave Santos (bass), and I am sure I fucked up most of these names!
During track 12, Fogerty is giving out picks (plectrums) to the crowd, and the radio dj is explaining this occurrence to the listeners.
Pubblicato da EDGE a 23:10