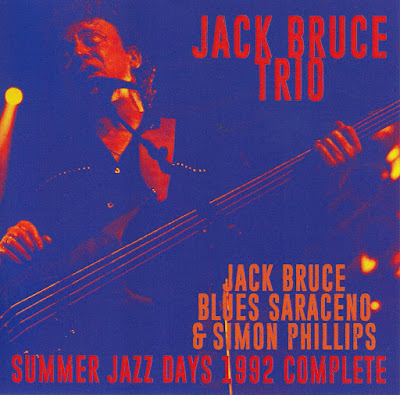 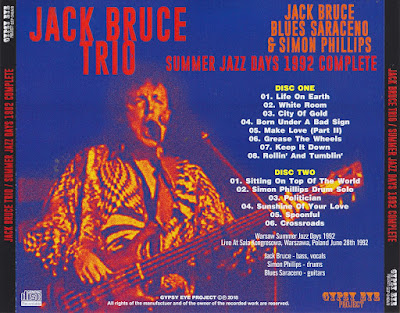 I got this in a CDR trade from someone in Poland without a date, only Summer Jazz Days 1992. I collected some info on this from the Dime archives, which I copied below, but those were all shorter versions.

I never knew what the lineage was so anything beyond "CDR > copy to HD > Sox > FLAC" is impossible for me to tell. There is some broadcast static here and there so this is definitely from a broadcast.

Then there was some unclarity regarding the date. 31 August 1992 (according to jackbruce.com) or 28 June 1992 (according to http://adamiakjazz.pl/history1/1992/). Most circulating live recordings use 1992-08-31 and that might be the source for jackbruce.com entry. Maybe that was the date of the broadcast? Maybe Jack Bruce played another gig at the same venue on 31 August? Anyway, this is from the Warsaw Summer Jazz Days 1992, 28 June 1992, and longer than was seeded before.