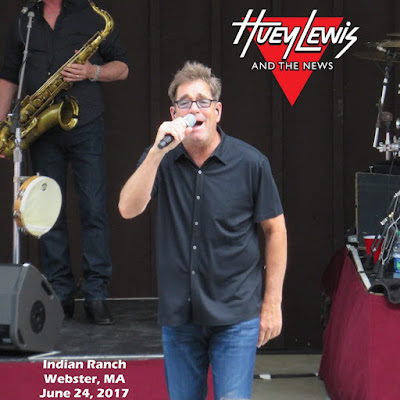 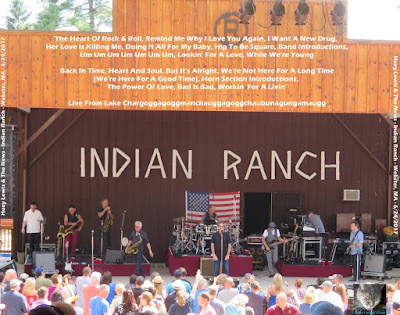 Comments: This was my third eighties show in a week that covered four bands. After this, I am officially eighties out. These guys were the first concert I ever saw, back when I was 14 years old! This was a daytime show. The venue is right on Lake Chargoggagoggmanchauggagoggchaubunagungamaugg. (Yes, that is really the name of the lake). All the concerts here are daytime shows. This was my first trip to this place. The venue is open air, with some covered section. I was in a covered section, 20 some odd rows back. The section where I was was not raised at an incline, even though the sections in front and behind me were. This meant that I couldn't really see, because there were about 10 rows of people in front of me at the same level. The crowd was enthusiastic, and often louder than the music. It wasn't my favorite venue.

The recording is nice, with some very loud clapping and cheering here and there, and some minor chatter, especially during the three new songs (one of which they played last time I saw them four years ago, but I guess it's still new for them!).
Pubblicato da EDGE a 19:54