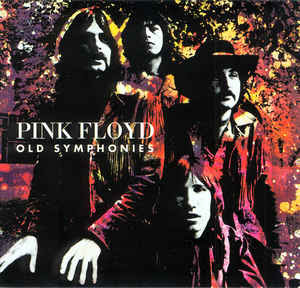 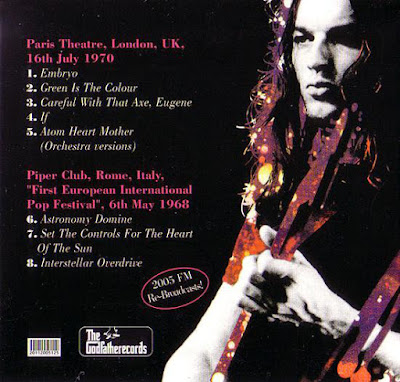 Notes
This CD features a BBC soundboard recording of the Floyds performance of Atom Heart Mother at the Paris Theatre in London on July 16th, 1970 with a full choir and brass ensemble. Also Performed at the same location are track 1-4 ("Embryo", "Green is the Colour", "Careful With That Axe, Eugene" and "If") The material is taken from 2005 FM re-broadcasts and appears here in the best ever sound quality. Three bonus tracks are taken from The Piper Club in Rome at the "First International European Pop Festival" on May 6th, 1968 and features performances of "Astronomy Dominé", "Set The Controls For The Heart Of The Sun" and "Interstellar Overdrive".