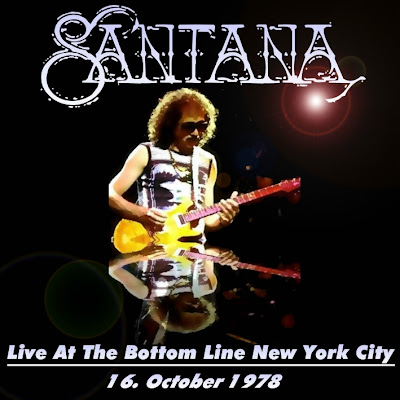 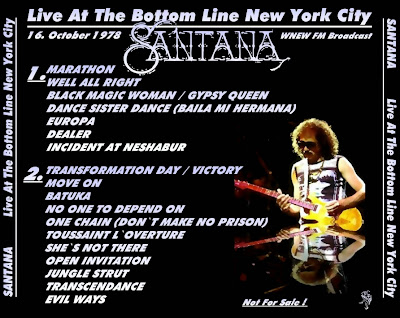 Below text was taken from the Bottom Line archives:

* SANTANA SHOW was broadcast live on WNEW F.M.( New York) and WMMR F.M.
( Philadelphia)
* This show as well as the show we did with Van Morrisson almost a month later, Nov 1, 1978, was very special to Stanley and myself. Bill Graham, someone we both admired, introduced both of those artists from our stage the night of those shows. Graham told us that he felt the Bottom Line stage had become as important in New York City as the Fillmore stage in terms of an artist¹s career. That was the ultimate compliment coming from the person we most admired. Words do not convey what Bill¹s comp[liment meant to us because we always thought of the club as a mini-Fillmore. You cannot imagine the joy it brought to hear him introduce SANTANA in that initimible Bill Graham way...N.Y. Let¹s have a warm Bottom Line greeting for...
Pubblicato da EDGE a 00:30