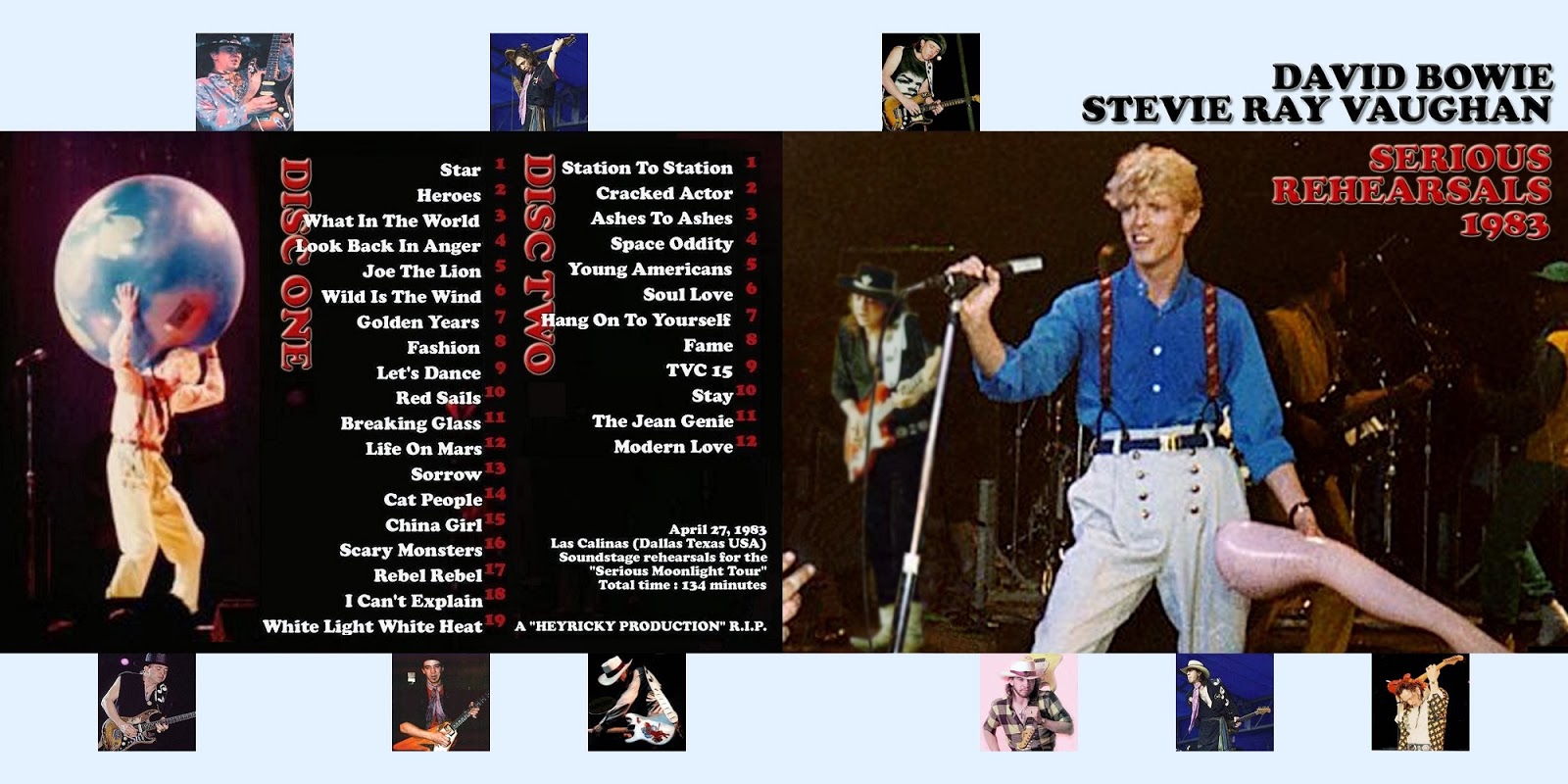 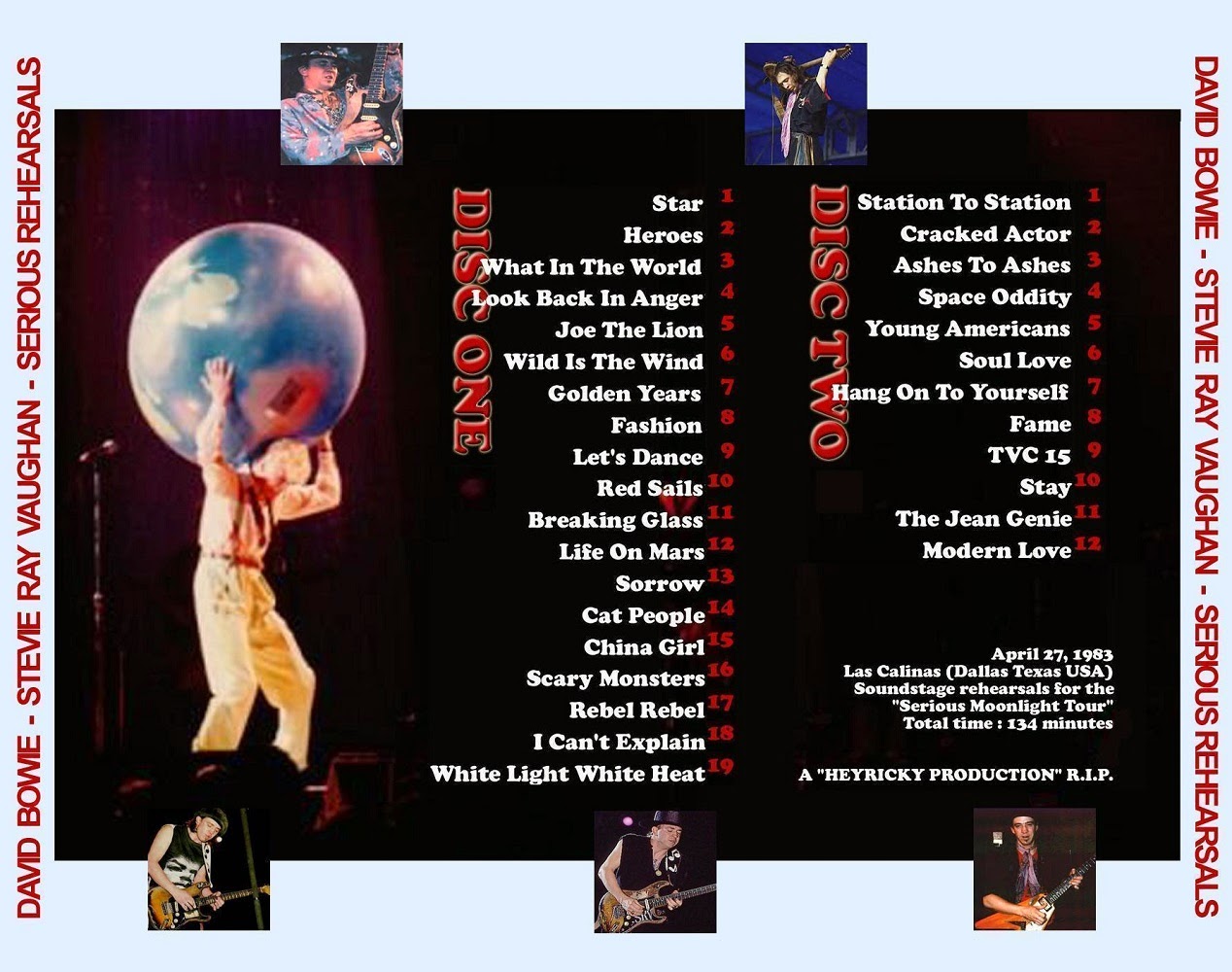 There are many versions of these tapes but these are the best anybody has heard. Before "heyricky" died of a massive overdose in 2005 he gave these and the Beatles "River Rhine Tapes" to me to hold onto so he wouldn't sell them for a "fix" and instructed me to only torrent them after he had been dead for a year. Last year I torrented his "River Rhine Tapes" on the anniversary of his death and now on the 2nd anniversary of his death I present......."David Bowie and Stevie Ray Vaughan The Serious Rehearsal 1983" The story goes that after Bowie saw Stevie perform at the Montreuz Jazz Festival in 1982 he asked him to join his band and tour in support of his new album "Serious Moonlight" after a few rehearsals Stevie decided to skip joining Bowies band so this is all we get to hear. It would have been amazing. Supposedly these were recorded by Bowies manager using a mono Nagra machine. "heyricky" then obtained the tapes (we don't know how) and remixed into "mock" stereo.
Pubblicato da EDGE a 23:30