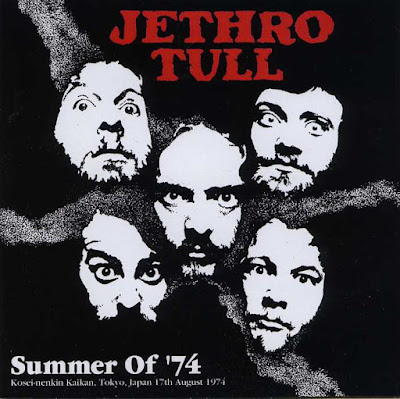 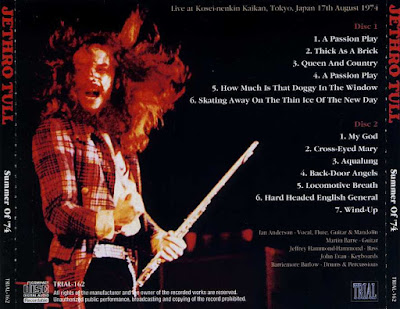 Notes:
This is one of my 400+ Jethro Tull/Ian Anderson concerts and Radio shows. I have not recorded it by myself. It's a rip from a 2 CD-R release "Summer of '74". The Boot includes the complete performance of Jethro Tull's first show of the 1974 Japan Tour. For such an old recording the sound quality is really very good. It sounds very clear and is very enjoyable (imho).
Jethro Tull were very loud and energetic in these old days. The Boot captures this very well.
Pubblicato da EDGE a 21:16