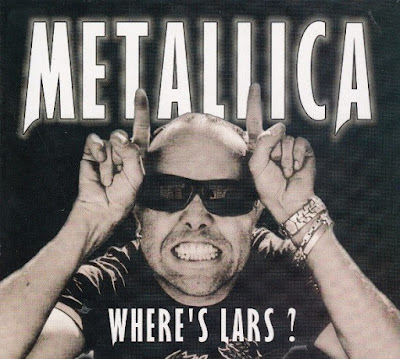 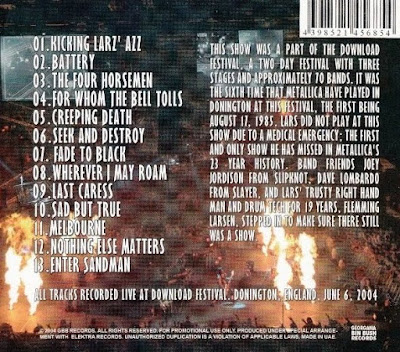 NOTES
This is from a silver, NOT from any 'live' download site...***

This is the classic show where Lars pulled out due to illness, causing a 90 minute delay on the showstart time & thusly a reduced show due to licensing restrictions. Strangely enough, this was probably the most entertaining show I'd seen them play since the 100 Club in 1987...this was actually fun, just like the old shows - ah well...This is direct from the soundboard, with a beautiful
warm attacking sound that just sounds absolutely beautiful played loud, either through cans or a pa system & like I said, it sounds like the band are having fun up there with other drummers - complete with 'interesting interpretations' of Lars' rhythms. Three other drummers were used, Joey Jordison (Slipknot), Dave Lombardo (Slayer), & Flemming Larsen (Lars' drum tech since before the gods that made the gods were born...) & as to who played on what, why spoil the surprise?
Pubblicato da EDGE a 05:13