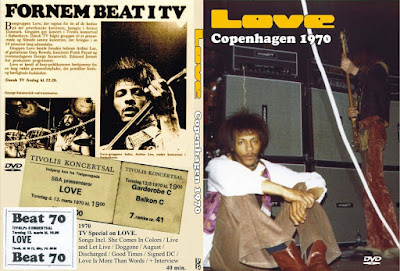 This was a TV special that was broadcast on Danish TV on July 17, 1970.
The live songs were recorded at Tivolis Koncertsal, Copenhagen, Denmark on March 12, 1970.

Pro-shot DVD received in a trade. Digital conversion probably made by an American collector, hence the NTSC format!