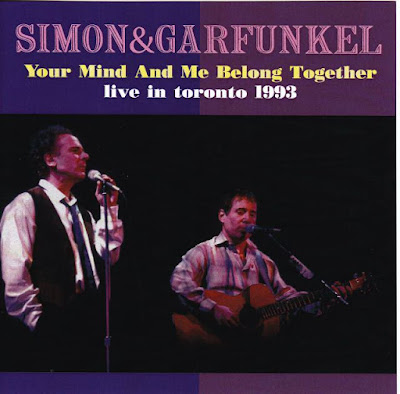 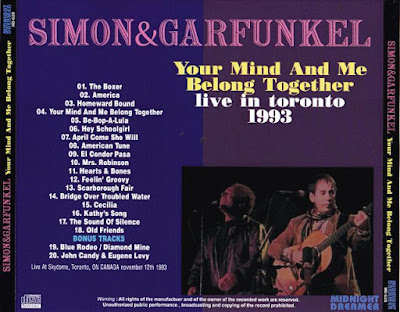 Here's a show I've been meaning to get around to digitizing for a long, long time.

A charity concert put on to raise money for The United Way Children's Charities. The opening band was Blue Rodeo, probably playing to their biggest audience to date. They were followed by Gordon Lightfoot, and the closing act was Simon & Garfunkel. The night was MC'd by SCTV alumni Eugene Levy & John Candy.

Blue Rodeo's "Diamond Mine" from this evening was recorded, along with a snippet of Eugene & John discussing the benefit's recipient charities. I've added these 2 files. I have no recordings from Lightfoot's performance.

The recording is a bit distant, and the crowd is easily picked up. Part of the difficulty of trying to capture acoustic music in a 50,000+ seat stadium with a recording walkman's internal mics. This is not a great recording, but I've never seen another source for this show.

With the exception of a few friends this week, this is the first time this show has been circulated.